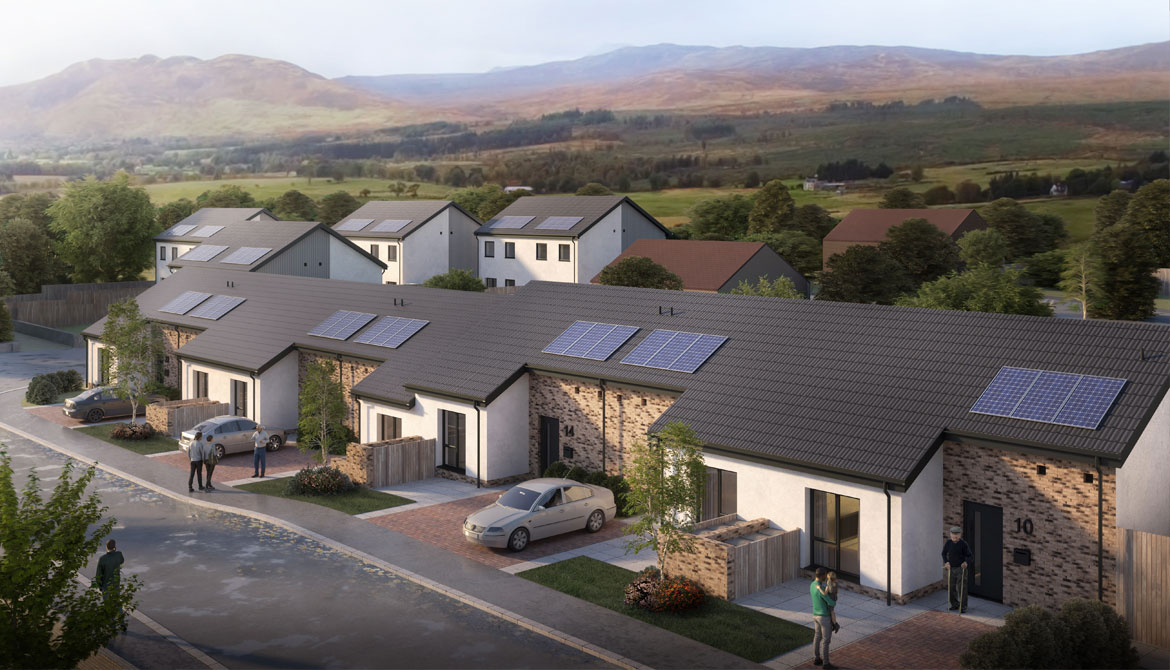 ECD Architects was originally approached by Hanover (Scotland) HA due to our experience in retrofitting of existing properties. The existing homes at Conic Way and Montrose Way in Drymen failed the EESSH standards and ECD were commissioned to carry out a feasibility study to ascertain whether refurbishment was a viable option. We undertook an options appraisal considering demolition and new build versus a deep retrofit to the Passivhaus EnerPhit standards. Developing this options appraisal, we worked with the project surveyors to establish a life-cycle costing comparison between the two options. We also compared payback periods for the EnerPhit refurb versus refurbishing to the current building regulations. The outcome of the study proved that the dwellings could be successfully retrofitted for a lower capital value than new-build with a 10-year payback period, but due to HAG funding being available for new build properties the client chose this option.

However, the client was convinced by the benefits, both in financial and sustainability terms, of the Passivhaus methodology and commissioned ECD to design the new homes targeting Passivhaus Accreditation. One of the key features of the design is the optimal solar orientation of the units; the two-storey detached properties have been designed in such a way that the entrance doors are to the side of the property, allowing a standard plan form to be used regardless of whether the front is north- or south-facing and allowing the south facade in all instances to benefit from solar gains to the living areas.

The homes have been arranged on the site to step in-and-out from the street line, which is in keeping with the uneven building line which continues down the street. The form of the terrace reflects the plan form of the former properties on the site, which is both in keeping with the character of the street but will also offer a sense of familiarity to returning amenity housing tenants. The proposals include the re-grading of the site levels and separation from north to south with a retaining wall to give the proposed units level access to front and rear with space provided outside each home for bin storage and for a motorised wheelchair with charging point.

Small trees and shrubs have been proposed to the front of the units to enhance biodiversity, create defensible space between the street and the housing and to generally enhance the spatial quality and visual aesthetic of the development. Care has been taken to minimise the risk of overshading to south-facing windows where this would negatively impact useful solar gains. At the end of Conic Way, planting has been used to create a green focal point at the end of the street.

This project has recently achieved planning and will soon be on site. 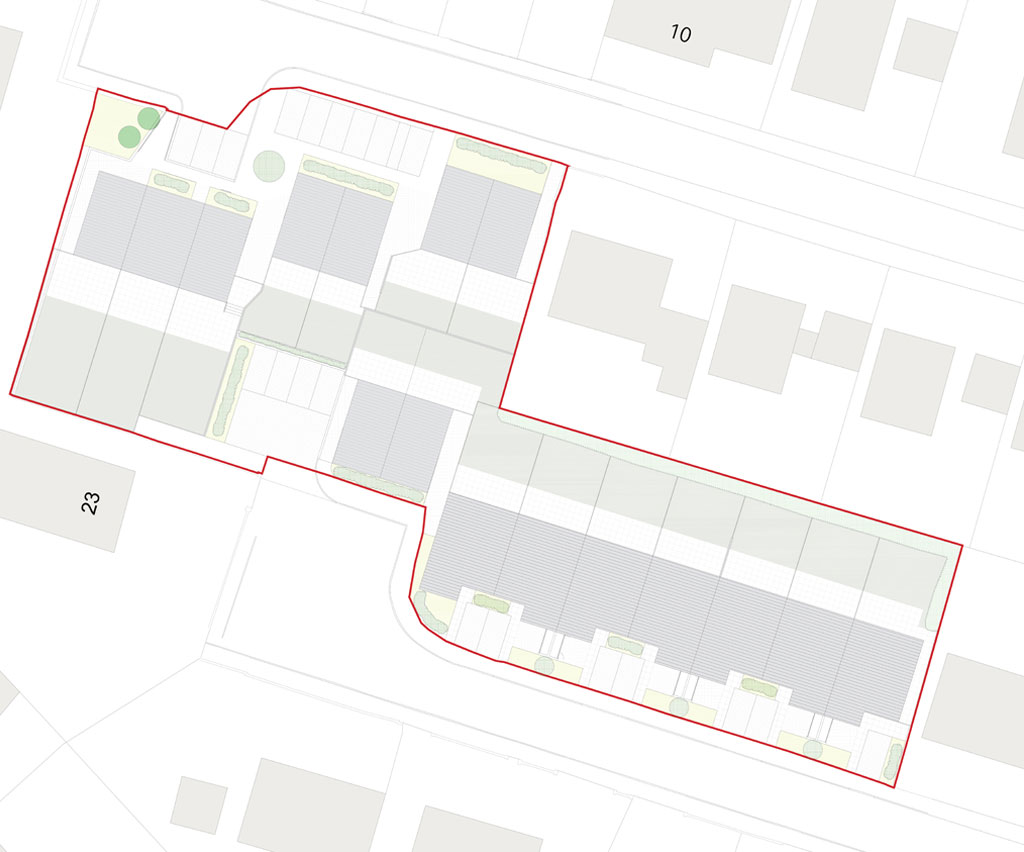