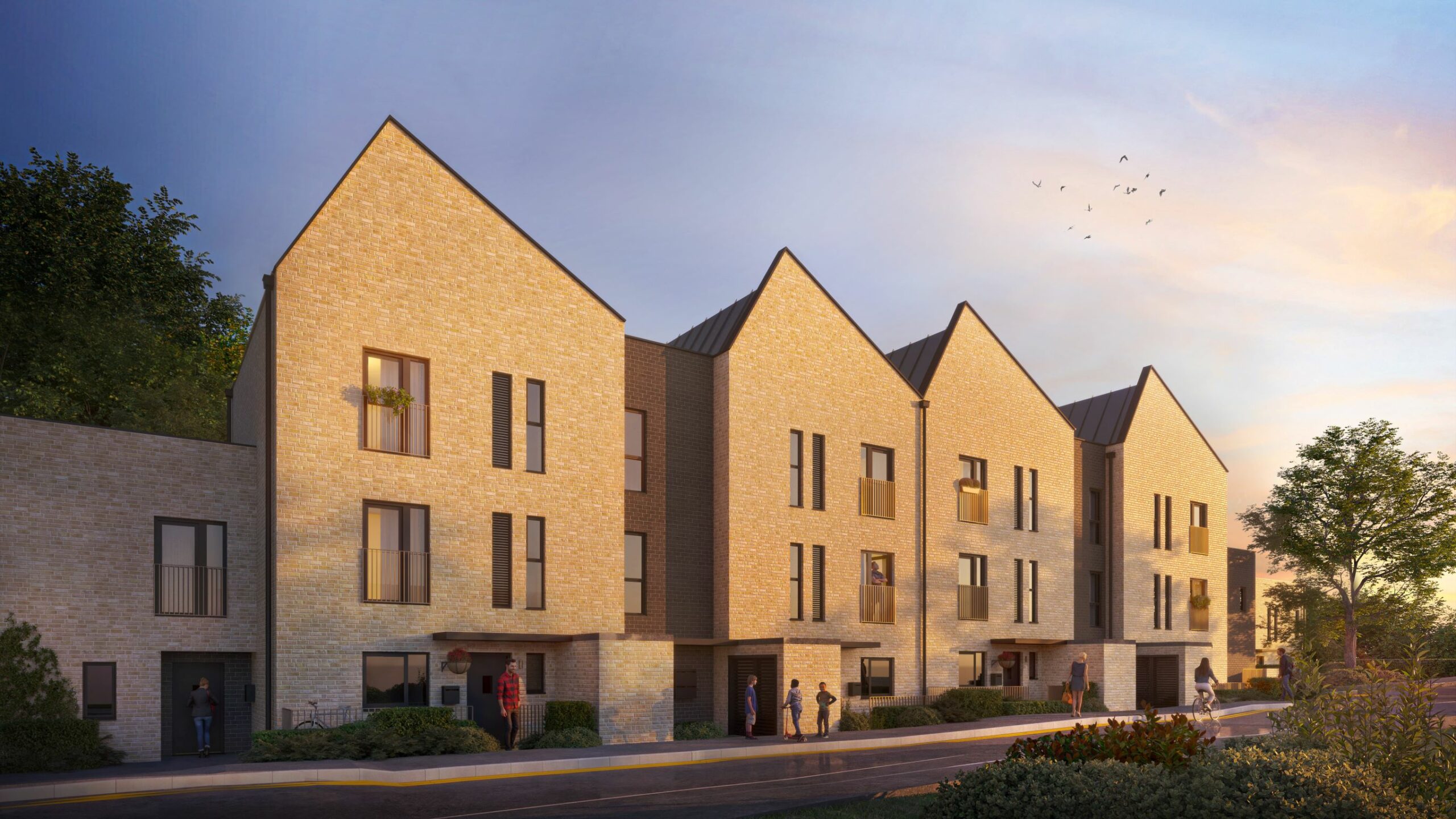 Ladyfields is a new build development providing 16 passivhaus homes on a tight urban site in Loughton. Originally appointed by the Epping Forest District Council to take the project forward from planning, we were re-appointed by the Council to re-design the development when the proposed scheme was found to not comply with the London Plan and Nationally Described Space Standards. To better reflect local needs, the Council asked that, in redesigning the scheme, we review the existing scheme’s housing provision which provided six 2-bedroom semi-detached houses and increase this to provide 16 homes within a mix of flats and terraced housing.

The Ladyfields site is long and thin, bounded by a TFL railway line on one side and by a short terrace of 2-storey homes on the other, and is complicated due to its significant incline from West to East, and inclusion of 8 mature trees and two telephone poles. Our designs for the site however, use the tiered ground levels to shield the new development garden from the train tracks and take advantage of the South-West facing rear facade. The new scheme consists of two buildings; one consisting of 12 flats flanked on either end by a 2-storey terraced house, and the other consisting of two semi-detached 2-storey houses. These two semi-detached homes are set back from the roadway, with two parking bays enabling a buffer from the street and the retention of the existing mature tree. The twelve flats are set back from the road with soft landscaping and are designed to emulate townhouses, an idea reinforced by their book end of terraced homes, the last of which is recessed to provide an illusion of separation from the frontage of the ‘townhouses’. This massing of the development with an interchange of flat and pitched roofs gives it a dynamism which lessons the impact of the front elevations. These flat roofs are green to provide further insulation to the homes below and thus regulate the indoor temperature as well as attenuate rainwater on the site and encourage biodiversity in the area.

To achieve the Passivhaus Standard, the backs of the homes are rotated towards the South to maximise solar gain and windows to the North are kept to minimum to reduce heat loss. High levels of insulation and triple-glazed windows further assist the achievement of the Passivhaus Standard whilst providing the residents with reduced external noise specifically from the railway tracks. Heat, ventilation and hot water within each home is provided by a single modular compact unit. By using this system, we were able to simplify the services within each home whilst maximising living space and removing the clutter on the facades which would result from the inclusion of conventional external units for the Air Source Heat Pumps – which are no longer needed. The top flats and houses (including end terraces and semi-detached houses) have been provided with photovoltaics (PV), generating for each home around 850kWh annually. This will not be enough to meet the annual demand of the properties, but it will decrease the carbon footprint of those properties and reduce electricity bills. With the reduced heat demand of the homes, and the generation of electricity on site, it was agreed to heat the homes through air and occasional electric radiators, removing them from the gas grid and promoting sources of energy that can be decarbonized. Furthermore, removing the need for the use of fossil fuels within the new homes means the new development will not adversely impact upon the air quality of the existing community, and will support the Council in achieving its climate change targets by addressing Epping Forest’s Climate Emergency declaration. 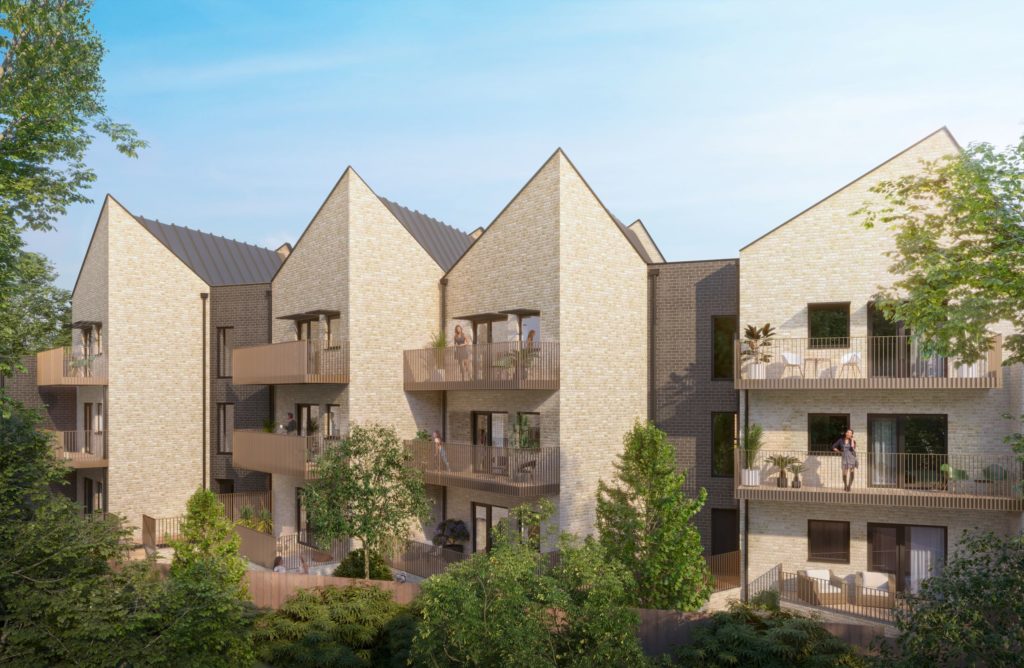