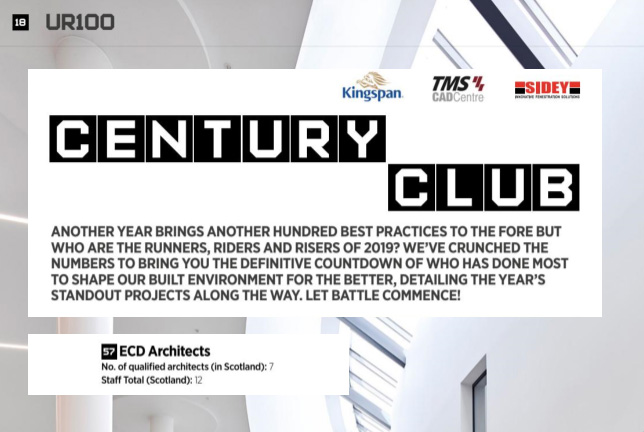 Marking the end of both the year and the decade Urban Realm have ‘crunched the numbers’ to bring together a ‘definitive countdown of who has done most to shape our built environment for the better’ – and named ECD as one of the top 100 architectural practices in Scotland.

The Urban Realm annual industry survey ranks practices with an office presence in Scotland to establish a definitive account of the year’s best performing practices, based on RIBA/RIAS & SDA award-winning work from the past year, number of architects and turnover.

The results of Urban Realm review have now been published Pulling the information together, naming ECD as number 57, have been released in their UR 100 Century Club publication.

Our response to COVID-19

Come Join Us at FutureBuild!

IPF Briefing: Targeting net zero carbon and what this requires